AdvanceTrack is a UK-headquartered premium accountancy outsourcing service provider founded in 2003 by chartered accountant and Managing Director, Vipul Sheth, and his business partners. AdvanceTrack has grown to employ a team of hundreds of people in India, providing support to a range of accountancy firms including a number of the top 20 UK accountancy firms and public limited companies.

Amongst others, AdvanceTrack supports the accounting firms auditing independent Trusts that manage the finances of state-funded Academies. AdvanceTrack are an ISO27001 certified company, so are highly security conscious.
The Academies have a very tight financial reporting deadline between their reporting dates and when the Final Trial Balance arrives with auditors. Couple this with a limited number of auditors which often have many Academy clients and the pressure to hit these tight deadlines is paramount.

“AdvanceTrack’s accountancy firm clients experience peaks of demand coming from UK Academy schools at the end of their financial year, and do not have the capacity to handle this burst of work. Short-term Quality accounting capacity is needed quickly to assist with financial reporting in a limited timeframe.”

Typically, accounting firms would send an accounts audit file to AdvanceTrack one week prior to visiting an Academy and would wait until work on that audit file was complete before beginning their audit.
AdvanceTrack realised that whilst this was not unusual, this can be inefficient and needed a solution to work with accountancy firms during these peaks of demand where deadlines are tight. AdvanceTrack wanted to condense this working process by enabling its team in India to work dynamically on the same audit files at the same time as its auditor clients here in the UK.

AdvanceTrack has worked with CaseWare since 2009 and made a strategic business choice following discussions with clients to implement CaseWare SmartSync, a powerful bolt-on tool that enables audit teams working online and offline in different locations to synchronise their work via the CaseWare Cloud. AdvanceTrack is now able to collaborate in real time with accountancy firms as they audit Academies, shaving days off the time it takes to complete and submit accounts, cutting out duplication and error.

With SmartSync, AdvanceTrack can build the audit file offshore in India and when the auditor arrives at an Academy, they can immediately see the work that AdvanceTrack has prepared and audit it in real time. While AdvanceTrack is preparing the audit file, the auditor can carry out other key tasks, saving three or four full days – a significant time saving when there are very short audit deadlines.

“CaseWare is a high specification platform and appeals to a client base of substantial accountancy firms as it has the ability to scale from small accountancy and audit firms to PLCs. The level of integration of the CaseWare electronic platform is great. If you see a figure within the accounts that you want to check out, it is very easy to drill down to supporting information.”

AdvanceTrack is highly security conscious. It works with a large number of accountancy firms and cannot afford to find itself in a situation where, inadvertently, ‘Client firm A’ could view files from ‘Client firm B’.  As AdvanceTrack transmits and accesses sensitive client data globally, it has already locked down its own systems.

“We only allow our team to access data such as logins when they sitting at a desktop in the office,” explains Sheth. His team were able to extend this secure access umbrella to the CaseWare SmartSync solution. In addition, three leased lines ensure a robust Internet connection in India and maintain low levels of latency.

“Even if there is ever an outage anywhere, the beauty of SmartSync is that everyone can work off-line and then when they reconnect, all the data syncs and updates automatically.”

As AdvanceTrack employs a large outsourcing team in India, it has clearly defined processes that help circumvent any cultural differences or collaboration difficulties. For instance, the Indian based team may be reluctant to mention any problems they encounter. However this may not be useful when there is an issue that clients need to know about, so it was important to build in clear processes to address this.

“We found that the team responded well to documenting actions against highly defined parameters and processes and CaseWare allows them to do this using the issues function.”

With the live collaboration that SmartSync provides, the AdvanceTrack team had to become accustomed to the fact that auditors in the UK were also working on the audit files, therefore information is immediately visible to the client.

“In the past, if a team member made a mistake, it could be spotted and cross checked. Now however, it is evident and there is no time for a manager to check a piece work. The team is very conscious that anything that they write into CaseWare must be valid and correct, which has greatly improved their understanding and knowledge,” says Sheth.

Using SmartSync, the auditing process is now much shorter than previously and the auditor can take the time needed to produce high quality work. Now the AdvanceTrack team is working collaboratively and simultaneously with client audit teams – rather than the two being in separate silos, handing parcels of work to each other – making the process far more efficient. “In fact, AdvanceTrack is billing fewer hours for its contribution to audit files. However, the service levels and the value it provides to clients has increased, therefore AdvanceTrack is now attracting more high-value work, a higher volume of audit files and more business.”

“Clients know we are able to support them through an extremely busy period without them having to down tools on-site and wait for a complete file before they can start their work,” He continues, “The feedback from our clients is that SmartSync has really helped them achieve their internal goals more easily, rather than all their staff working long hours to finish an audit.

Clients are reporting that they are a lot more productive as SmartSync reduces the risks of duplication of data that can arise from the existence of multiple versions of data and files. With SmartSync there is only ever one version of the audit file, which
makes audits easier.”

Since implementing SmartSync, AdvanceTrack has signed up a number of new accounting firms that work in the Academies space - attracted by the speed and efficiency of working with AdvanceTrack and using SmartSync. Additionally, existing AdvanceTrack clients that previously didn’t use CaseWare’s SmartSync have now seen the benefits, not just for those involved in auditing Academies, but also for their wider client base.

“Accountancy is a relatively small world and since we have been able to demonstrate the SmartSync capability, we have benefited from one firm recommending us to another non-competing firm. While useful for any audit or financial reporting engagement, some firms have implemented CaseWare with SmartSync for the sole purpose of addressing the high volume of work they get from Academies in a short space of time,” says Sheth.

AdvanceTrack is looking to extend its operations beyond its UK base, particularly into the US, Canada and Australia. It plans to target major accountancy and audit firms who use CaseWare within these jurisdictions. A key part of this will be its ability to offer the benefits of SmartSync and to demonstrate that it is a technology-first supplier.

Sheth believes the partnership with CaseWare has given AdvanceTrack the edge in a challenging market.

“CaseWare have been great. They have been very supportive of our business. AdvanceTrack operates in a market where unfortunately there are some mediocre and poor suppliers. Working with CaseWare, we have been able to demonstrate that we are certainly not one of those, but instead offer services of a standard that means our clients are genuine advocates of our service.” 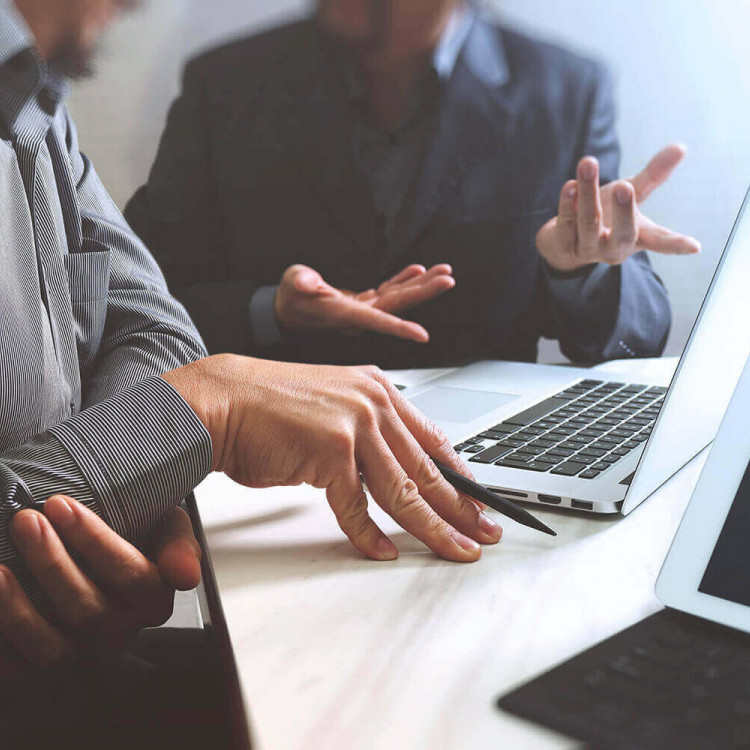 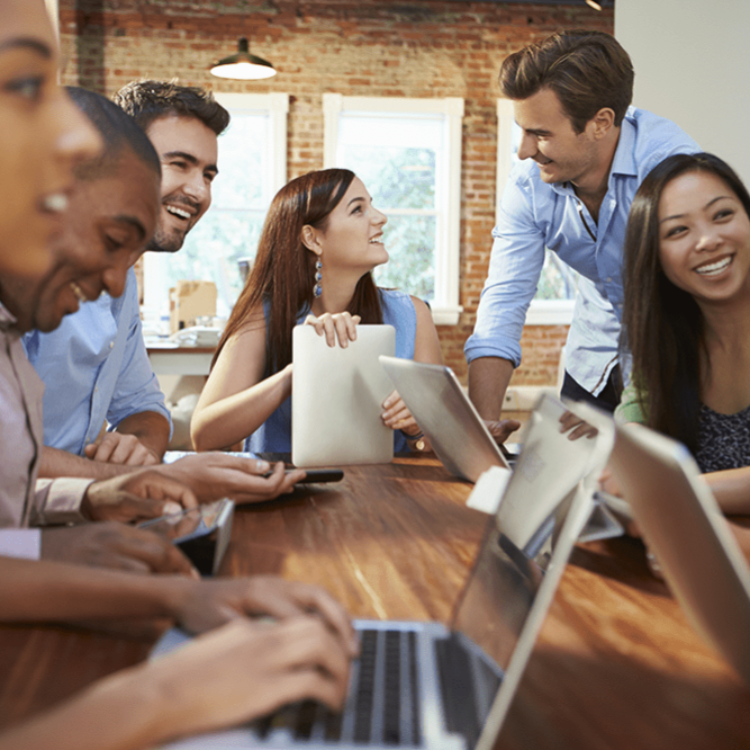 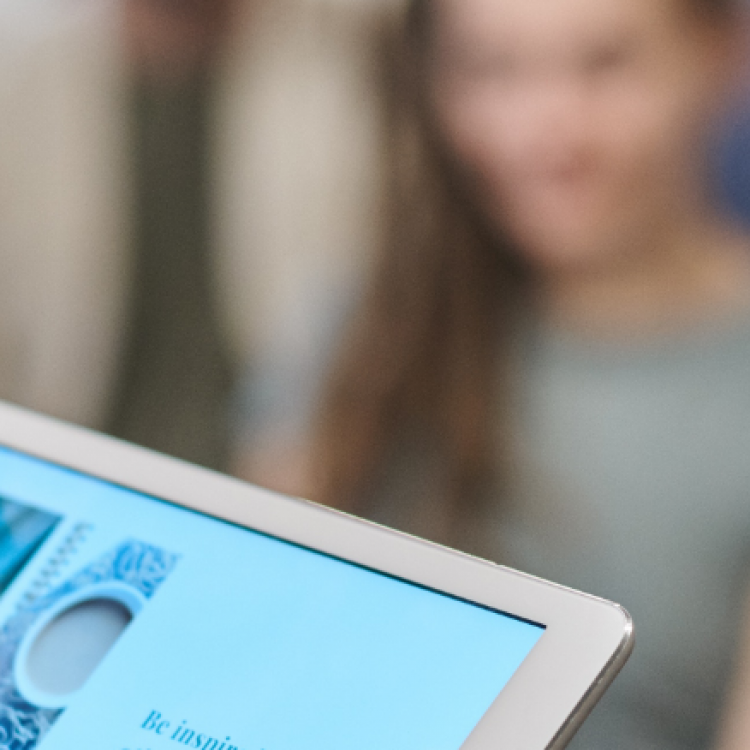 A half day training course aimed at existing CaseWare AuditAdvanced users who are now wishing to learn how to use CaseWare Cloud.